Local author Alison Craze is delighted with the success of her book about Brookwood Hospital, near Woking, published last year.

Alison was inspired to write it after meeting people who had been patients and staff at Brookwood and listening to their recollections of life there.  Their memories brought the Victorian buildings and the beautiful grounds to life, as well as the daily routines in the wards, on the farm and in the workshops.

She said she found it moving to listen to patients’ stories, particularly as treatments for mental illness have changed a great deal since that time. It was inspiring to meet people who had spent many years in Brookwood but were now able to live independently again.

Brookwood Hospital was an important part of Surrey’s history and played a central part in the lives of many people. Alison said ‘I have been delighted by the interest in my book. I hope that it will give a greater understanding of some of the difficulties people experience with their mental health’

‘From Asylum to Community Care, a history of Brookwood Hospital told by those who worked and lived there’ is on sale for £9.95 from alisoncraze@gmail.com. Profits are being donated to mental health charities in Guildford and Woking. 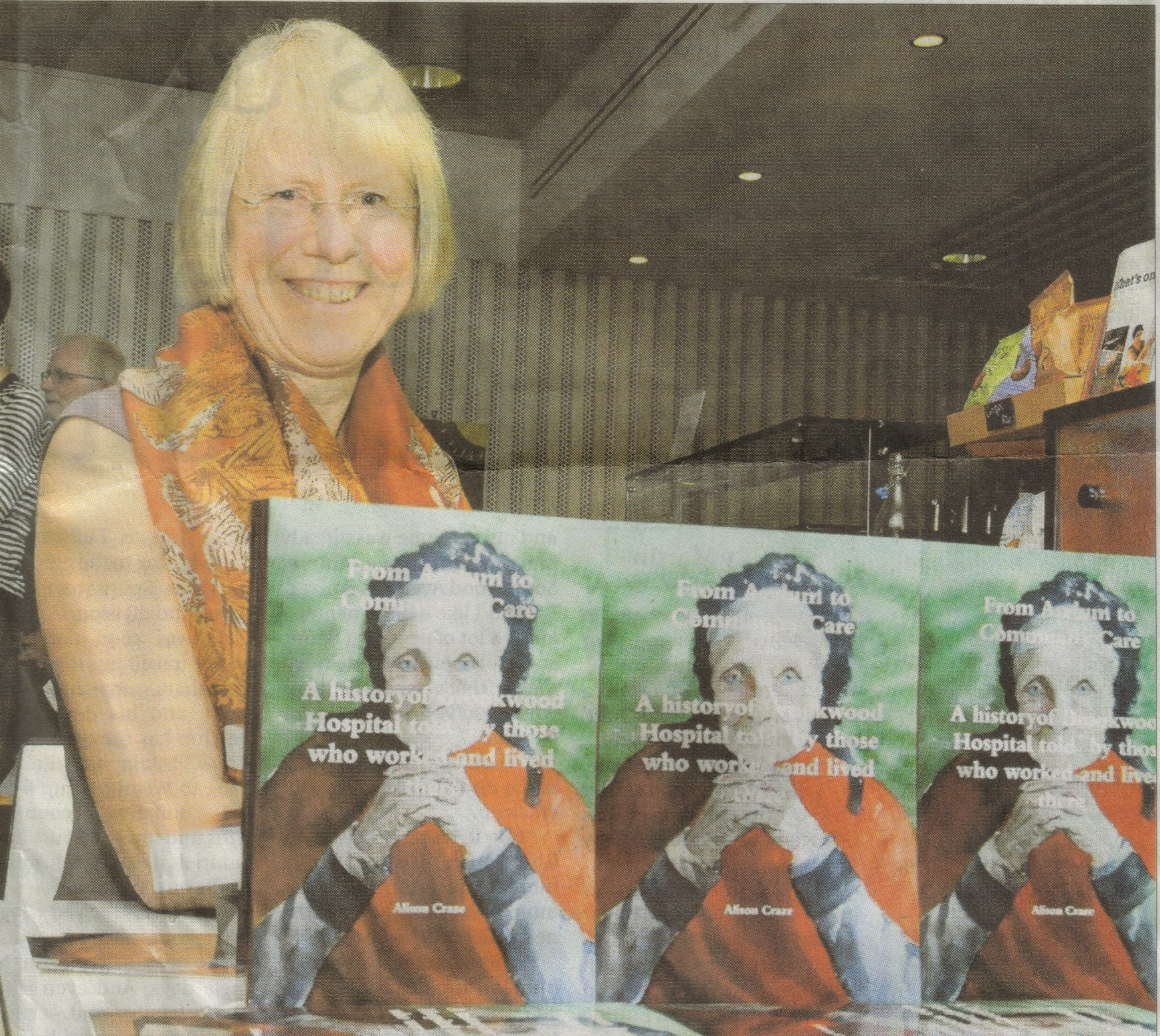